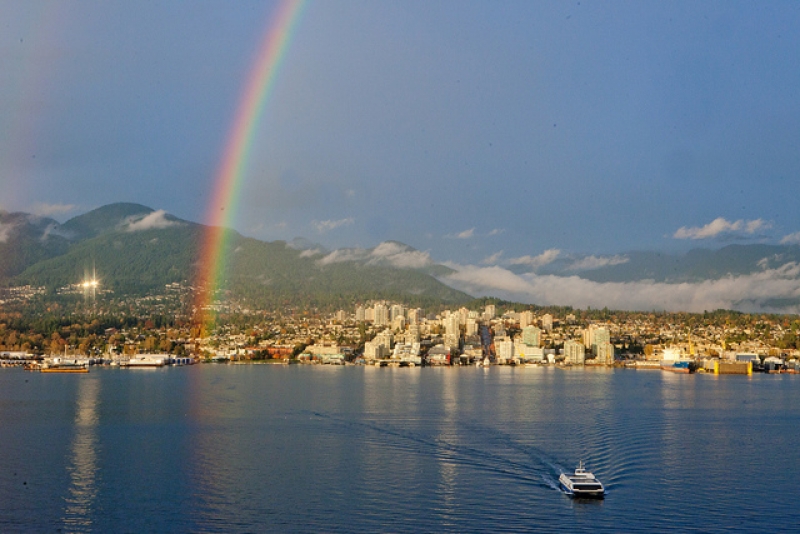 Inexpensive ethnic restaurants are some of the things I love most about living in Vancouver. We are so blessed with authentic food from India, Hong Kong, Vietnam, Korea, Greece, Japan and a dozen more areas, and I try and patronize these small, independent cafes as often as possible.

My partner and I keep going back to the New Novelty Restaurant and Sweet shop for their very budget priced Indian buffet lunch. Pictured below, from right to left, are a wonderfully flavoured rice, butter chicken, dal, palaak paneer (pureed spinach with cheese), several other curried vegetable choices, naan stuffed with potatoes and spices, vegetable samosas, and an orange coloured sweet I have never tried because it’s probably made using an artificial colouring that I’m allergic to.

They also bring you a basket of fresh-this-instant naan bread that would be more than enough for two husky football players, but it’s so wonderfully tasty you keep eating more than you wanted to.

Of course they have icy bottles of Kingfisher beer on hand if you need something not only cold and wet but also culturally appropriate to drink, but if you’re driving, they’ll bring a pitcher of water with a smile. Service is consistently fast and friendly.

New Novelty charges the same low rate whether you pick a vegetarian or a non-veg meal. As a matter of fact, they only ever have had one non-veg choice in the buffet each time we’ve been there, and that has been an excellent butter chicken, so non-meat eaters always have lots to choose from.

I have never been able to save room for desert, but I always take away at least a small bag if not a bigger box full of Indian sweets to enjoy later at home.

Regretfully I didn’t save the receipt, but the price for a giant, all-you-can-eat lunch for two including one bottle of beer and four sweets was less than thirty dollars.

And by the way, they also have a menu that features a good variety of tandoori dishes. Find them on the west side of Fraser between 50th and 51st Avenue.

More in this category: World kitchen: Chaa Creek Creole chicken »
back to top