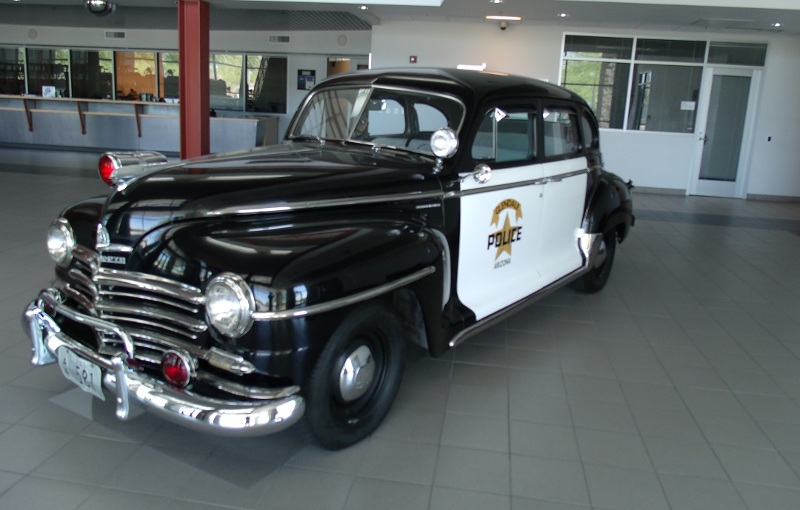 Recently, the Glendale Civic Pride Ambassadors awarded Kallberg a grant that allowed him to move the museum to the lobby of the Glendale Police Department, giving the exhibits a more permanent home and allowing more public access to them.

Having said that, I want to emphasize what a great museum this is for younger kids or school field trips. Although I said it wasn’t ”too small” a museum, it is a small museum with just enough to excite children without overwhelming. Plant to spend about a half hour. In that time, they’ll see uniforms from the 1950s to present day, badges, and sirens. The highlight will definitely be the 1989 Kawasaki motorcycle that served the force for 10 years as a cruiser and then an additional three years as a trainer for young officers. My favorite items, however, were the candidate test and the handwritten log book.