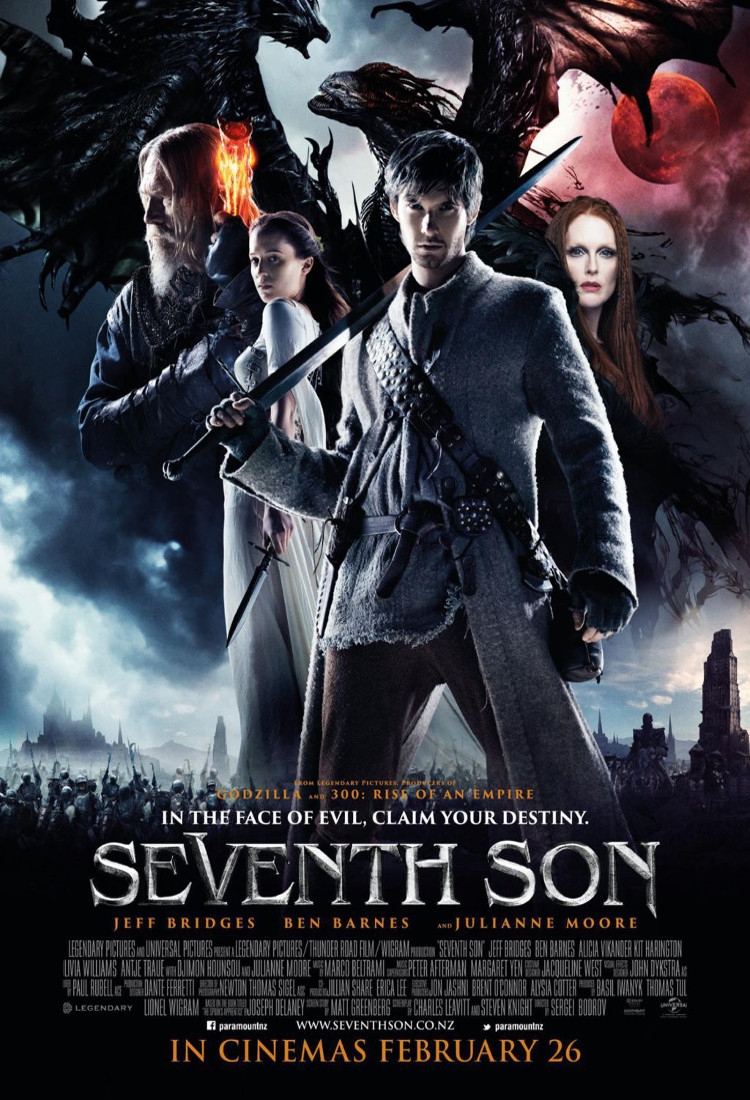 A powerful knight trains his young apprentice to do battle against a diabolical witch who is gathering an army to wage supernatural war on all of mankind in this adaptation of author Joseph Delaney's young-adult novel The Spook's Apprentice.

Years ago, brave Master Gregory (Jeff Bridges) succeeded in capturing evil enchantress Mother Malkin (Julianne Moore), and locking her away to rot in prison. Now Mother Malkin has escaped, and she's hungry for revenge. As her followers gather power, the dreaded witch reveals her infernal intentions to the noble knight who once imprisoned her, and who now has until the next full moon to train Tom Ward (Ben Barnes), the seventh son of a seventh son, to defend humanity against a threat whose evil knows no bounds

More in this category: « Project Almanac Outcast »
back to top