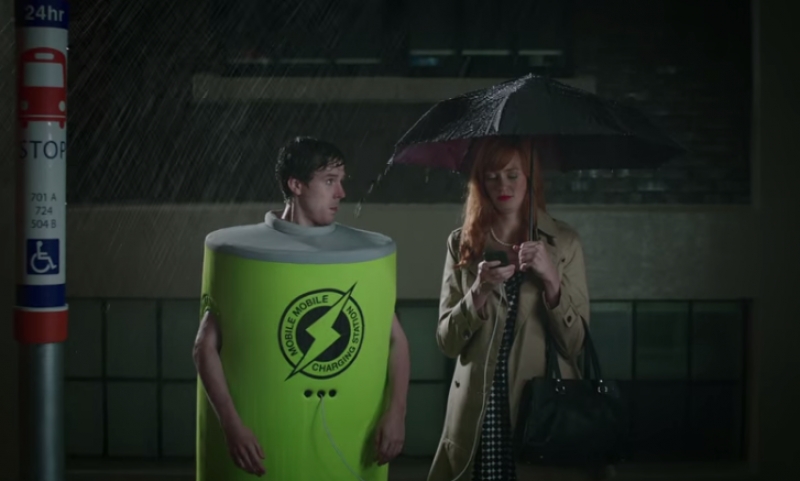 What is the most annoying thing in the world? Your shoe falling apart in the street? No wallet at the checkout? No! A dying phone battery when you do not have the possibility to rapidly recharge it. This is a problem every smartphone user has had to face. Because even though these phones replace many of our everyday devices and greatly simplify life, they do have rather weak batteries. There is, however, a way for them to be recharged!

Koodo Mobile has recently released a prototype of a larger project – the mobile mobile charger. The idea is ridiculously simple - a man dressed in a specially designed suit, reminiscent of a battery, is a portable station for charging phones. In his suit there are some cables that can connect to your smartphone and you can simply charge it. Due to the fact that it is not a stationary point, but a living human being, you do not have to stand in one place while charging your phone. This idea from Koodo has already taken a liking for many people, but for now this is only a test version, so there are only a few of these chargers to be found. You can discover where you can find such a mobile mobile charger by clicking on the video and moving on to the project page.
Aren’t you wondering if you can recharge your phone this way somewhere nearby? Find out today where such a mobile charger will soon be circulating!

More in this category: « Win a D5300 in the Future Shop competition! The third generation of smartphone from LG »
back to top