A stunning experience: Driving a supercar on the German Autobahn 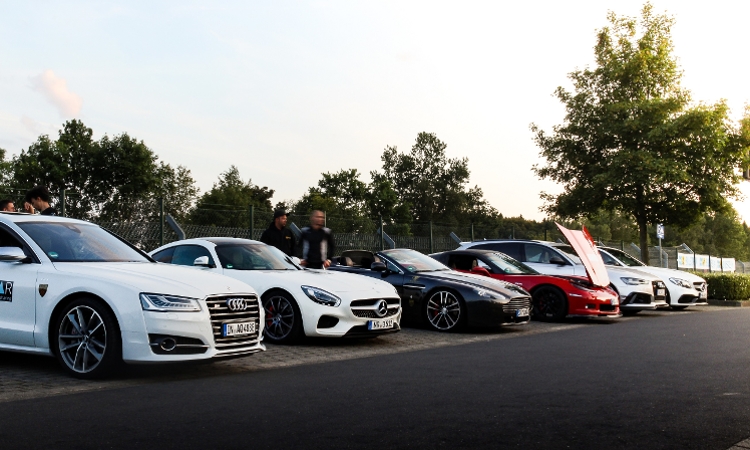 Germany is one of the countries where the automobile came to life, it hosts several premium manufacturers, offers the fastest highways in the world and also has the world´s most famous racetrack: The Nürburgring Nordschleife, also known as the Green Hell. Petroldheads from all over the world are heading there year by year to get in touch with the spirit of cars and racing. Many of them bring their own cars - But what about the rest of them? How can they  come to their supercar experience in Germany?

Renting a sports car in Germany

Except of owning your own sports car you can simply rent a sports car in Germany. There are several companies offering various vehicles such as the sports car rental company Motion Drive that started business nearly 10 years ago and has cars at seven locations all over Germany. Another quite new possiblity is the private carsharing of supercars that was established by the supercar sharing platform DRIVAR and is growing rapidly, offering already over 150 sports and supercars in over 30 locations in Germany.

Once in your live: Reaching the 300 km/h barrier

As introduced Germany has one of the best highways in the world to offer: There are many sections that still have no speed limit - Absolutely unique! This must be the main reason why the German Autobahn Experience is such an successful event: Grab the supercar of your choice - from the modern classic Porsche 911 up to the absolutely insane Bugatti Veyron - and enjoy the fastest highways of the world with an experienced instructor by your side. Although there are other events like racetrack trainings or drift trainings, the Autobahn experience is by far the most frequented according to Motion Drive.

More in this category: « The future of concept cars
back to top